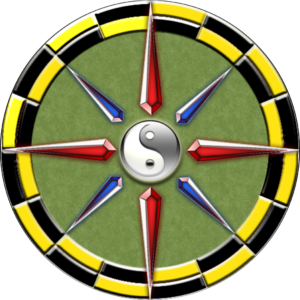 I run a few other sites that reflect the many faces of JV:

Pen and Plow Farm—where I wish I were most of the time.

So, if I already own and operate a bunch of sites that produce truckloads of content, why this site?

Mostly it's to keep from tainting the other sites with too much of my own...eccentricity. I get wild writer's hairs from time to time, and, quite often, the subject matter would cause some head-scratching among visitors of those online destinations.

The year is screaming to a close once again, and once again I’m just a tad melancholy. If 2019 taught me anything, it’s that I should have heeded the lessons of 2018 a little better. Or, rather, I should have interpreted the lessons of 2018 more accurately. A year ago, I was pissed off that people wouldn’t support the Greylock Glass financially. I couldn’t understand what the barrier was that was keeping them from contributing $1 or more a month. I think I rounded out the year with the idea that I had to just keep plugging along, work both harder and smarter, and I’d reach a minimum viable audience.

I think I forgot that I didn’t have angel investors injecting life into the project every time an expense came up. And that while you can always, arguably, work smarter, you tap out pretty quickly trying to work harder.

What I should have tattooed onto my forehead is that people pay for what they can’t live without. It’s not always with money, either. Support can come in some unexpected and useful forms. Sometimes it’s an introduction to the right person. Sometimes it’s writing an op-ed piece for you. But when people see the value in a thing, and it’s that thing they think they need more than many other things, need like oxygen, they find the support to give you somewhere. Obviously the bulk of that support has to be cold hard cash, or you can’t survive long enough to keep pumping out that thing people need.

If I had interpreted the lessons of 2018 properly, I’d have understood that the quality of “the thing people need, need like oxygen,” only matters if you can produce it in sufficient, predictable quantity. And “sufficient quantity,” whether the audience is paying for the content or not, has to mean, at the very least, that they’ll keep coming back on a regular, predictable basis. Advertisers and sponsors aren’t interested in spikes on the graph. They’re interested in a nice predictable rise over run over time.

I remember cringing when the phrase, “monetize one’s audience” came into vogue. Now, of course, I realize there’s no reason to feel icky about the concept. The actor can pretend that he performs for the sake of art, but the company manager knows that if she can’t pay the electric bill, the stage goes dark. The reader or listener who is surprised and insulted when The Ask gets dropped on them is either stupid or immature. Probably both. When has it ever been otherwise? To use a different analogy, the cow knows what she does, day in and day out, to earn her grain. It’s the sheep who’s shocked and offended when the farmer gets out the shears.

It’s worth noting, however, that the sheep outnumber the family cow by about two dozen to one on Ye Olde Homestead.

And that’s exactly the place advertisers enter the picture. By shearing off a little bit of the audience’s attention here and there in exchange for financial support for the publisher, the sponsor effectively pays the way for all those readers and listeners who want to maintain the illusion that all content on the web should be free. Because for the sponsors, it’s that audience that they need like oxygen. It doesn’t matter if they’re selling soft drinks or tires, what matters is that they need to reach a critical mass of people to ensure that the one person out of a hundred, or a thousand, who’s driving around thirsty and treadless gets their message.

To look at 2019’s failure to understand the lessons of the previous year another way, I could say that what I failed to realize is that my minimum viable audience is really my sponsors’ minimum viable audience. If one out of one thousand people in the sponsor’s service area are likely to be in the market for a new set of steel belted radials in a given week, it doesn’t matter how much quality goes into the article or podcast if only 500 people are likely to consume that content that week. Better to have seven quick and easy pieces that include that same advertisement. There’s a really good chance that at least 250 people will read each one, pushing the likelihood of reaching that minimum viable audience to very near the threshold of certainty.

Another strategy is to come up with a content product that isn’t limited by local population size. Something informative or entertaining enough to attract readers or listeners from around the country and world. That kind of reach will be attractive to national brands. Sure, you have get and keep your audience numbers up above a pretty high level, but the payoff is extremely attractive. Podcasting is by no means a sure thing. Some estimates suggest that less than 1percent of all podcasts achieve 40,000 downloads per episode. An audience of even that size will still be hard justifying taking the podcast full-time. On the other hand, if the show resonates with a particular demographic group that exists globally, reaching 1,000,000 downloads per show is conceivable.

Will those listeners contribute? Industry averages suggest that about 2 percent of podcast listeners do support their favorite shows at the $5 per month level. At that rate, we’re looking at 20,000 listeners, bringing us up to $100,000 per month. Which would not suck. So, really, you don’t need all the sheep to evolve into cows. Just a tiny percentage of them. Throw a couple of 30-second ad spots in there, and you could be pulling down another hundred grand per month.

So, in this scenario, me busting my ass to get two shows per week, come hell or high water, and promoting and promoting and promoting until I tip over that million-download per show mark makes a whole lot more sense than trying to do a bunch of local content supported by local advertisers, who, in the North County, have shown themselves to be less supportive of local media than those in other parts of the country. And that’s fine. In fact, Not depending on, perhaps not even accepting, local sponsorship might be the best thing all around. Two shows with a million viewers a week will generate more than enough revenue to staff and equip a small but highly professional newsroom to cover all the stories that suck the time and money out the Greylock Glass now. Great stories. Important stories. But stories that people don’t generally want to pay for.

Leading me all the way back around to the realization that I should have spent nearly all my energies on the one or two things that would pay for all the other things. Which may be the new model for sustainable local news. Find that thing you can sell to people all over the world to sustain what is necessary but unsustainable at home. I have yet to find another way that’s working out in the media ecosystem. Mostly, I’m just seeing the carcasses of beasts that tried to do variations of the same thing over and over until they starved to death.

Let’s see if 2020 is the year that I put the appropriate resources into the thing that people will feel they need like oxygen.